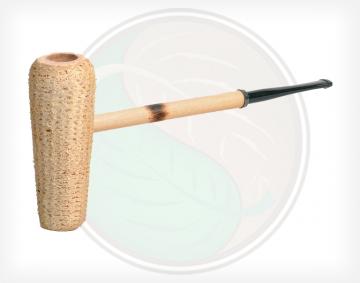 Being a longtime fan of our Corn Cob Pipes, General MacArthur sent schematics to Missouri Meerschaum for a custom pipe. Of course we obliged! The MacArthur 5-Star Corn Cob Pipe features a shortened tobacco chamber allowed for an easy smoke, the extended bowl made the pipe easy for the General to use as a pointer, and the long shank provides a cool smoking experience. When we sent him his creation, he was delighted and would rarely be seen in a photograph without it.

"Thank you for reaching out, excellent customer service right there!"